Victorian Bugs on the Buzz All about Victorian antique insect jewellery... 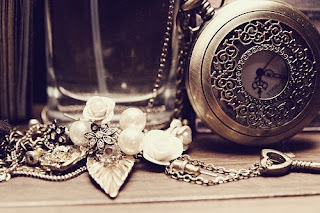 Retro, vintage, classic, antique... These four words have something in common. Guess what? Well, they are some fancy words describing something that is just plain old. But oh is it?
When it comes to fascinating jewellery pieces, it is not something even near plain.

Vintage jewellery designs of natural elements featured as jewellery pieces were highly in fashion for a long time. They were seen to be more dominant in the Georgian and Victorian period. There was a great popularity of animal and insect themed costume jewellery pieces. The usage of insect and bug motifs in jewellery grew more in fashion popularity in the middle of the late 1800s.

Many bug brooches, pendants, and rings were produced because of the high demand of affordable quality along with delicate workmanship. Intricate jewellery pieces made with enamel, Perspex, or rock crystal would be adorned with gems and seed pearls in sparkly and decorative colour combinations to depict the natural beauty of the insect in a unique vintage jewellery piece. What arouses curiosity even today among jewellery lovers is the fact that something that repulses you in reality and you find it more creepy than beautiful than how one could adorn a jewellery piece made to match it. But in an intriguing twist of style, elite class ladies and even men alike would adorn these glittery pieces made to look like insects. 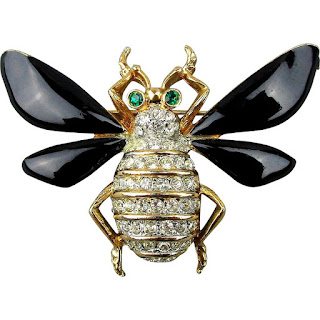 The passion for wearing all things insect in the Victorian Era could be easily felt reflected from this description taken from "Victorian jewellery" by Margaret Flowers, first published in 1951:

"More remarkable was the vogue for insects. Mr William d'Arfey in Curious Relations mentions that in the late sixties 'Bonnets and veils were covered with every kind of beetle; that at least was the beginning of the mode, but it soon extended itself from rose-beetles with their bronze and green carapaces to stag beetles...Parasols were liberally sprinkled with ticks, with grasshoppers, with woodlice. Veils were sown with earwigs, with cockchafers, with hornets. Tulle scarves and veiling’s sometimes had on them artificial bed bugs...' These insects appeared on necklaces, bracelets and earrings, as well as on veils and parasols. Flies of gold, colored with enamel, were set under crystal to form jewels. Butterflies, dragonflies and beetles in gems were worn as brooches and shoulder knots. Bees too, were fashionable, some people thought because they were the emblem of young Prince Victor Bonaparte, who was a great favorite in Paris society"
at April 12, 2017 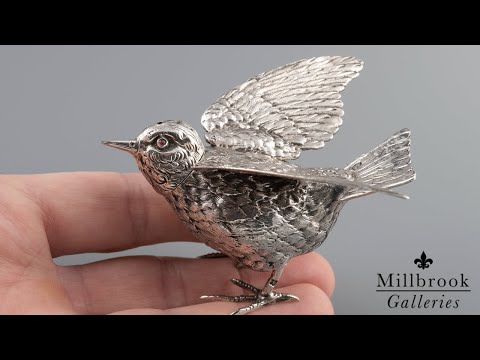 I am pleased to present some beautiful antique and vintage jewellery pieces which I have for sale in my store. I travel around the UK searching for nice quality unique and beautiful items which I hope you will love too. My store has a range of jewellery and collectibles from periods in history such as Art Deco and Art Nouveau as well as Victorian, Edwardian, Vintage and retro.